The history of KGHM ZANAM is a history of a twin-track development of two entities established at newly-founded copper mines – Legmet from Legnica and Zanam from Polkowice.

The major date associated with the establishment of Legmet is 1 October 1966. On that day, the Minister of Heavy Industry signed a decision on the establishment of the Legnica Mechanical Plant for Non-Ferrous Metals (Legnickie Zakłady Mechaniczne Metali Nieżelaznych) – it was the first name for the company.

The thought of the necessity to prepare mechanical and repair facilities for the Poland’s largest mining investment at that time – the construction of the Legnica-Głogów Copper Belt – was present among the Copper Basin builders right from the start. The year 1960 saw the establishment of the Copper Ore Mine Construction Company (Przedsiębiorstwo Budowy Kopalń Rud Miedzi), which started preparatory works before digging out the first shaft in the Copper Basin, giving ride to the Lubin mine. In May 1961, the Copper Mining and Metallurgical Industrial Group “under construction” (Kombinat Górniczo-Hutniczy Miedzi w budowie) was founded. 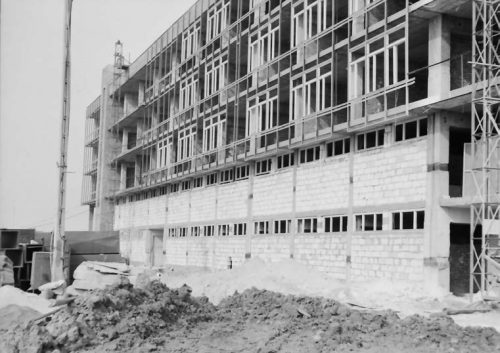 As early as in 1962, the Council of Ministers adopted a resolution to include investment task no. 127, concerning the construction of Copper Industry Mechanical Plants (Zakłady Mechaniczne Przemysłu Miedziowego), in the project. On 31 March 1962, the chief architect for the Wrocław Voivodeship, within which the Copper Belt under construction was located, decided that the planned investment would be located at ul. Złotoryjska in Legnica. The construction began in May 1964. After 29 months of investment and construction works, the Legnica Mechanical Plant for Non-Ferrous Metals was ready for operation.

Legmet was established as an independent plant providing technical and repair services for the Legnica-Głogów Copper Belt. It manufactured belt conveyors, shaft cages, skips, and other mine transport equipment. The plant in Legnica carried out design works and created prototypes of machines and equipment supporting the extraction of copper ores.

In the initial years of Legmet’s activity, its final manufacturing profile was yet to be decided. Many tasks were performed due to emergencies. In 1968, the company manufactured mine carts for KGHM, shaft guides and accessories for the Copper Ore Mine Construction Company in Lubin, and a steel structure for the sand processing station in a foundry that was under construction. In 1969, the company still manufactured mine carts, mining machinery and equipment, and steel structures. The company also manufactured the following products: flotation machines for mines, horizontal, inclined and vertical conveyors, narrow-gauge wagons for transport in smelters. 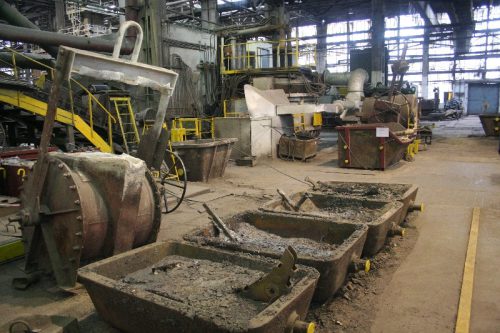 The construction of the foundry began in 1968. This large investment was to ensure that Legmet always had access to spare parts and castings necessary to repair machines. It was the only cast steel foundry in Lower Silesia. In September 1969, the Cast Iron and Cast Steel Casting Department with a pattern room and a woodworking shop was officially opened. At the end of December 1969, the assembly of machines and equipment for cast steel castings was completed.

The Legmet’s position saw a considerable improvement when the plant was incorporated into KGHM in July 1970.

The key to faster development was the cooperation with French company Joy, which was established in 1972 and resulted in a design and prototype of a haul truck for copper mines. The cooperation also covered other mining industry tycoons such as Secoma from France, Kiruna from Sweden, or international corporation Atlas Copco.

In 1974, the production of low drilling trucks adapted to the needs of thin copper ore deposits was launched. The machines were equipped with a hydraulic drifter drill for drilling against a cave-in. In 1975, a prototype for a machine used to break copper ores with the Roxon hammer was developed and its production was started.

In the early 1970s, the Experimental Plant (Zakład Doświadczalny) became responsible for the technical supervision of the operation of self-propelled mining machinery in Lubin and Polkowice mines. Its role in KGHM was invaluable. It was established in 1967 in order to develop effective systems of operation of mining excavation supports and to develop ore enrichment technology. In the Lubin mine, it mined ore with the use of self-propelled mining machinery with the room and pillar mining method and with roof bolting.

In August 1971, the Heavy Machinery Department of the Experimental Plant was established, which became independent three years later and was named the Central Repair Workshop (Centralne Warsztaty Remontowe) in Polkowice. In 1972, the Experimental Plant began the construction of repair halls in Polkowice. Needless to say that the location was no coincidence. The logistics of transporting large mining machinery was quite a challenge. Meanwhile, there was one active mine in Polkowice already and intensive works were underway to launch the Rudna mine, intended to be the largest mine in Europe.

The first two buildings in Polkowice were opened in 1973, so the Machinery Department of the Experimental Plant moved to the new location. From January 1974 onwards, this Department of the Experimental Plant became independent under decision no. 13/73 of the Minister of Heavy Industry. The Central Repair Workshop was established in the KGHM structure. Its activity was defined as plant maintenance (complete and medium-level overhauls of self-propelled mining machinery) and repairs to assemblies and subassemblies of machines and equipment for ore processing.

On 1 January 1976, the Central Repair Workshop was renamed the Machinery Repair Plant (Zakłady Naprawcze Maszyn). The plant carried out repairs for KGHM mines and smelters and manufactured spare parts necessary to maintain the efficiency of machines, equipment, and power units. Repairs to all subassemblies of mining machinery were carried out: motors, hydraulic pumps, torque converters, gearboxes, or transmission shafts.

The turn of the 1980s and 1990s was very busy for both Zanam and Legmet. Both service and repair departments of KGHM had experienced employees whose ambitions, creative ideas, and skills were far beyond the repair activity. Legmet was successful in developing the production of brakes for heavy machinery, which had been started in 1986. At that time, the idea of manufacturing its own mining machinery was emerging in Zanam. 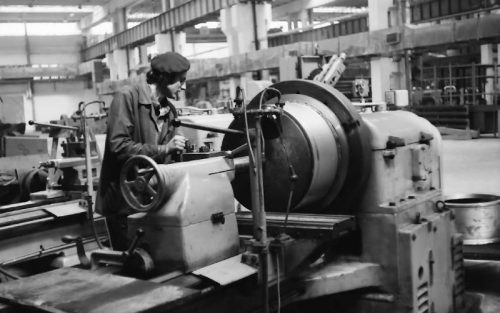 In 1992, a team of builders was established and started designing the first Zanam drilling rig. Its prototype began to be used in the Rudna mine in December that year. A roof-bolting machine was developed in the subsequent year. Zanam experts cooperated with Tamrock on its design and construction. The cooperation lasted until 2000 and led to the production of over 100 self-propelled mining machines.

The economic downturn and difficulties of functioning in the free economy in the 1990s led to a decision to merge Zanam and Legmet. The year 2002 saw the commencement of merger preparations. On 28 April 2003, the extraordinary shareholders’ meeting decided to merge DFM Zanam and ZM Legmet. All Legmet assets were transferred to merging company DFM Zanam. On 6 June, the court registered the merger. The ZANAM-LEGMET Lower Silesia Machine Factory (Dolnośląska Fabryka Maszyn ZANAM-LEGMET) began operation.

In May 2007, the Product Management Department and the Production Planning Departments were established in DFM ZANAM-LEGMET, which ensured the centralisation of production task planning and handling. The consolidation process was nearly completed.

In March 2013, DFM ZANAM-LEGMET was renamed KGHM ZANAM in order to emphasise its relationship with the copper tycoon. On 17 April 2015, the legal form of KGHM ZANAM was changed from a limited liability company to a joint stock company.

15 March 2016, ZANAM VOSTOK, a subsidiary, was established. Its main purpose is to sell self-propelled underground mining machinery manufactured by KGHM ZANAM S.A. on the Russian market. 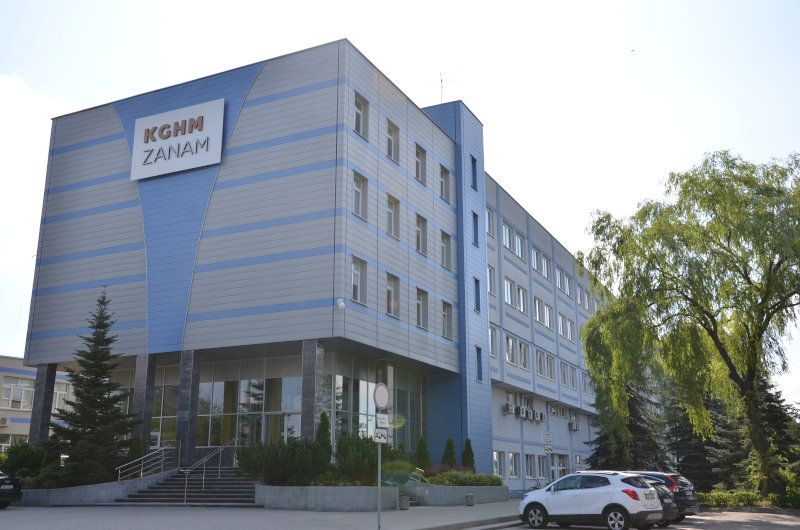 This website uses cookies. For your convenience, we reserve the right to collect additional data, primarily in order to tailor selected elements of the website to your preferences.